The Lineage of the
Martini-Henry Rifle: 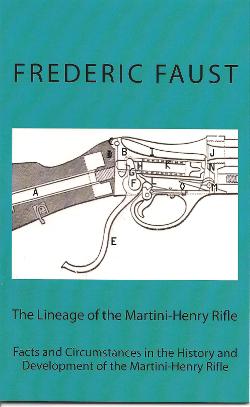 The Martini Henry was a breech-loading single-shot lever-actuated rifle used by the British Army. It first entered service in 1871, eventually replacing the Snider-Enfield, a muzzle-loader conversion to the cartridge system.

Martini Henry variants were used throughout the British Empire for 30 years. It combined the dropping-block action first developed by Henry O. Peabody (in his Peabody rifle) and improved by the Swiss designer Friedrich von Martini, combined with the polygonal barrel rifling designed by Scotsman Alexander Henry.

Though the Snider was the first breechloader firing a metallic cartridge in regular British service, the Martini was designed from the outset as a breechloader and was both faster firing and had a longer range. Find out the details on exactly how these rifles work and who was Martini and who was Henry.