The Lineage of the Japanese Arisaka 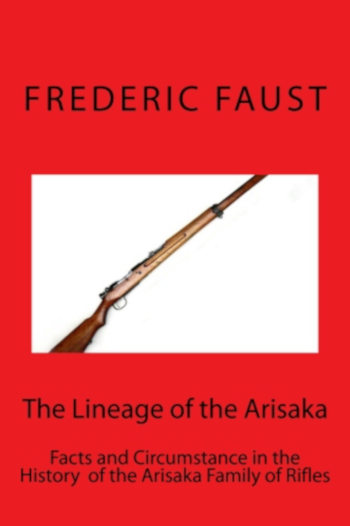 The Arisaka rifle is a family of Japanese military bolt-action service rifles. In production and use since 1897, when it replaced the Murata rifle family, until the end of World War II in 1945. The most common specimens include the Type 38 chambered for the 6.5 X 50mmSR Type 38 cartridge, and the Type 99 chambered for the 7.7 X 58mm Type 99 cartridge, which was comparably powerful to a modern .308 round. The Type 38 was, for it's era, an excellent rifle. The design and weight was more than adequate to compensate for the 6.5mm round's recoil. It introduced the sliding bolt cover, a characteristic of later Japanese rifles and carbines. The Type 38 had a good (2,400fps) muzzle velocity however the small bullet had limited stopping power.

By far and away, the most common WWII Japanese gun used during the Korean War was the Arisaka Type 99. Entering production in 1939 as WWII was starting, the Type 99 was intended to take the best features of the Type 38 and adapt them to the more potent 7.7mm Arisaka cartridge. The bolt action Type 99 weighed 8lbs and was fed from an internal five-round magazine. Like the earlier rifle, it was a good gun but it entered service as the worldwide switch to semi-automatics was starting.

Many thousands of Type 99s and other Arisaka variants were brought to the United States by soldiers as war trophies during and after World War II. Find out about the parts played by the rifle's namesake Colonel Arisaka and learn all about the fascinating history and evolution of this esteemed battle rifle.