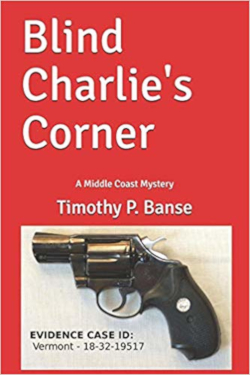 Set in New England during a wicked snowstorm, a small plane with a rock band on its way to their next gig in Boston, crashes into the mountains and burns to a crisp. Two band members, thrown clear of the aircraft, survive. But when rescue crews locate the wreck, only one man was still alive. To hear survivor Mike Watts tell the story, he consumed the flesh of fellow survivor, Blind Charlie, in order to avoid starving to death in the wilderness. Watts tearfully recounted how Charlie had died of his injuries the first night.

Detective Kurt Donner, assigned to the gruesome case, must figure out whether the cannibalism was motivated by a strong will to survive, or was it cold-blooded murder intended to hide evidence? And in order to do that he must first determine why the survivor died after having survived the crash? Donner is dismayed by the lack of evidence until his chance discovery of a spent cartridge case at the scene of the crash. Had the cannibalized band member reached up from the grave to leave a clue that the investigating Detective Donner could use to solve the crime?