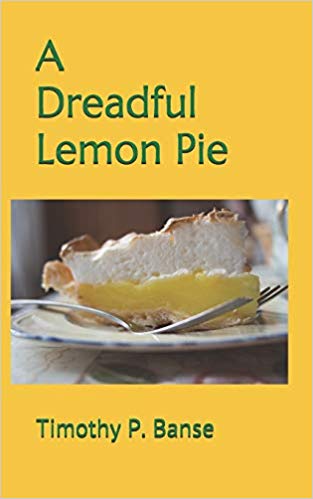 A Hollywood reporter investigating the brutal murders of LA fashion models gets in over her head after consulting a psychic crime fighter.

Seven women so far. All young and gorgeous.

That's what the papers said at the newsstand as the two fashion models stood shoulder to shoulder reading the front page headline. The anorexic blonde whose crystalline blue eyes sold millions of dollars’ worth of cosmetics shuddered. "This story in the Tribune gives me the creeps."

Her companion in the five-thousand dollar salmon colored dress added, "It's not enough we have to fight off amorous photographers, now we have a psycho too."

"Bizarre," said the blonde, "Why's he only go after models?"

"Dunno. Must be some religious cult. Damn paparazzi,” she muttered.

His neighbors thought of him as a quiet, dull fellow. But then, none of them knew about Harold's Saturday night hobby . . .

Harold Winski cruised Chicago's near North side scanning the sidewalk for possibilities. Zoo Town, as Harold preferred to call the neighborhood, had only a couple of years before been a skid row slum. But these days it was on the rise. The Windy City's trendy, chic-chic neighborhood had transformed itself. It was populated with dozens of chrome plated and neon bedazzling sports bars and restaurants and Gay haunts as well as some seedy remnants of the old town: Things like sour-smelling winos passed out in their own vomit, cluttering sidewalk in front of greasy pizza palaces.

On this particular Friday night the sky was crystal clear, the moon was full and the temperature a comfortable 70 degrees Fahrenheit. The streets were thick with perfumed young women flaunting designer clothes and made-up with wild colored eye shadow and too much rouge. There were also the prerequisite legions of hard-muscled young men in too-tight jeans, buddied-up in twos and threes, all eager to prove whatever it is men need to prove to themselves nowadays. The streets were overflowing with exotic characters and all Harold had to do was choose one.

A cheating wife lures a complete stranger onto her sailboat over drinks. Things do not end well.

The nightshift bartender dutifully wiped whiskey glass after whiskey glass squeaky clean with a pristine white cloth. A quiet Monday evening, so far his only customer was a young blond, a regular, sipping gin and ice. Tall, good looking. Married. The bartender wondered if her middle-aged husband knew how many times she had left the yacht club bar with other guys.

Posturing like a movie star, the blonde regardedherself in the mirror behind the bar. Not bad looking, she smiled. I still got it. Behind her, the barroom door swung open. A man walked in, good looking sort, in a rugged way. He took a seat next to the blonde and ordered a Scotch on the rocks. Easy on the ice.

As the bartender brought him his drink he noticed the stranger's eyes were grey and cold like a shark. It made a shiver ran up and down his spine. The stranger asked the blonde. "Buy you a drink?”

A Rock and Roll band, a deadly plane crash, rumours of murder, cannibalism and a dead chicken.

The wicked Nor'easter had already dumped a foot of wet snow on the slopes near Burlington, Vermont. New England ski lodge owners were rubbing their hands together in glee in anticipation of all thepending business. But while heavy snow was welcome news for Stowe's downhill skiers, the winter storm was not good news for veteran pilot, Frank Pieczysnki.

At the podunk FBO visibility was severely limited. On the other hand, the instrument-rated pilot had logged many thousands of hours in the seat of his de Havilland Beaver, a lot of that time as a bush pilot out of Fairbanks, Alaska flying in inclement Arctic weather. So there is no doubt he knew better than what he was about to do.

The Mystery of the Lost Handkerchief

A war trophy, an Asian beauty and a thief.

One hot summer's day the thunder rumbled ominously. Lightning flashed in the sky. Cold, April showers fed plants chlorophyll and kept all of the neighborhood kids indoors. Playing in the attic Billy found a dusty, Olive Drab footlocker with his dad's name stenciled across the top in big, white letters. Years before Warrant Officer Justin Thyme had been a helicopter pilot in the Vietnam. Though he never told war stories about flying missions against the Viet Cong and North Vietnamese Regulars. A man of few words, he kept that time in his life private. The foot locker wasn't locked, so of course, Billyopened it to see what was inside.

Riders on the Storm:

A mysterious green glow lights up Main Street like a church on Sunday.

The summer thunderstorm let up giving way to a misty, grey drizzle. Peter Forbes clicked off the windshield wipers, but had to turn them back on after a couple of seconds. "Rain hasn't let up enough," he told, to his wife, turning the corner onto Main Street. "Supposed to be clear skies tomorrow."

"Hope so," his wife said, "Got to hang sheets out to dry in the morning." She yawned and wondered what to make for dinner the next day.

Pete and Mary were on their way home from another boring evening at the Smith's house. Bill Smith had re-shownvideos of their recent summer vacation for the fifth time and Pete felt as though he knew every grizzly bear, faithful geyser and Redwood tree in Yellowstone National Park, even though he had never been west of the MississippiRiver. Pete sighed, undoing the collar button on his blue sports shirt.

Some say the incident never happened; others are still trying to forget.

With blackened faces the platoon moved thru the night rigging the two lane highway bridge for demolition.Combat veterans recently back from the war, and led by a blond-haired lieutenant, the soldiers had stolen M16 rifles, ammunition and explosives from the fort's armory. These men, were in a word, embittered.

A cheating wife, her dying husband and a crowd of shameless gapers.

Binnie Smith laid his Stanley quart thermos bottle inside his green lunch box, closed it, then plunked an orange hardhat on the top of his head. He stood up, stretched, burped and walked in the direction of his waiting fork lift. He drove it every night at the railroad car shops picking up 32-inch steel wheels, then ferrying inside the wheel shop so his brothers in the International Machinists Union could chuck the 600-pounders in the Harnishfegger lathe and turn the flat spots on the treads true.

Binnie hated his outside job. He had to work outside no matter what the weather, from 11 at night until 7 o'clock the next morning. Now late autumn, there had been frost on the pumpkins for the last three nights in a row. Which meant the midnight shift was as cold as ice. Fall and frosty, he mused. Fall and frosty. Meanwhile his brother machinists worked inside the building as warm as toast.

It was no accident Binnie had been assigned an outside job on the third shift. One of the foremen ondays didn't like Binnie very much, but he liked Binnie's wife, Lucille quite a lot. With Binnie working midnights and him on days . . .

To The Moon, Alice

In life, especially on a commuter flight, you never know who you're going to end up sitting next to.

In life, and especially on a commuter flight, you never know who you're going to end up sitting next to. Late getting to the Panama City, Florida airport for my flight to Atlanta, I had been sharing a cab from the beach with a Navy diver on his way to Pearl Harbor to survey the USS Iowa battleship at her moorings. Its bottom thin from corrosion, his job would be to survey exactly how bad the damage was. He was a smart kid and the conversation very enjoyable.

So as it came to pass I was the last passenger to board the Chintzy Airline puddle jumper bound for the hub. Looking down the aisle of the jam-packed plane, I spotted the only remaining free seat. Adjacent, in the window seat, was a matronly woman looking seriously distressed like a crazy woman in a bus station.

By then I had quit had drinking, replacing my alcohol addiction with a Friends of Bill coffee and sweet rolls addiction. I had also been practicing yoga and learning relaxation technique. Namaste. Taking my seat I embraced serenity, challenging myself to make the flight a positive experience no matter what problems the crazy women would drop in my lap.